Recommendations on the EU Strategy On Combating Antisemitism to Polish Authorities 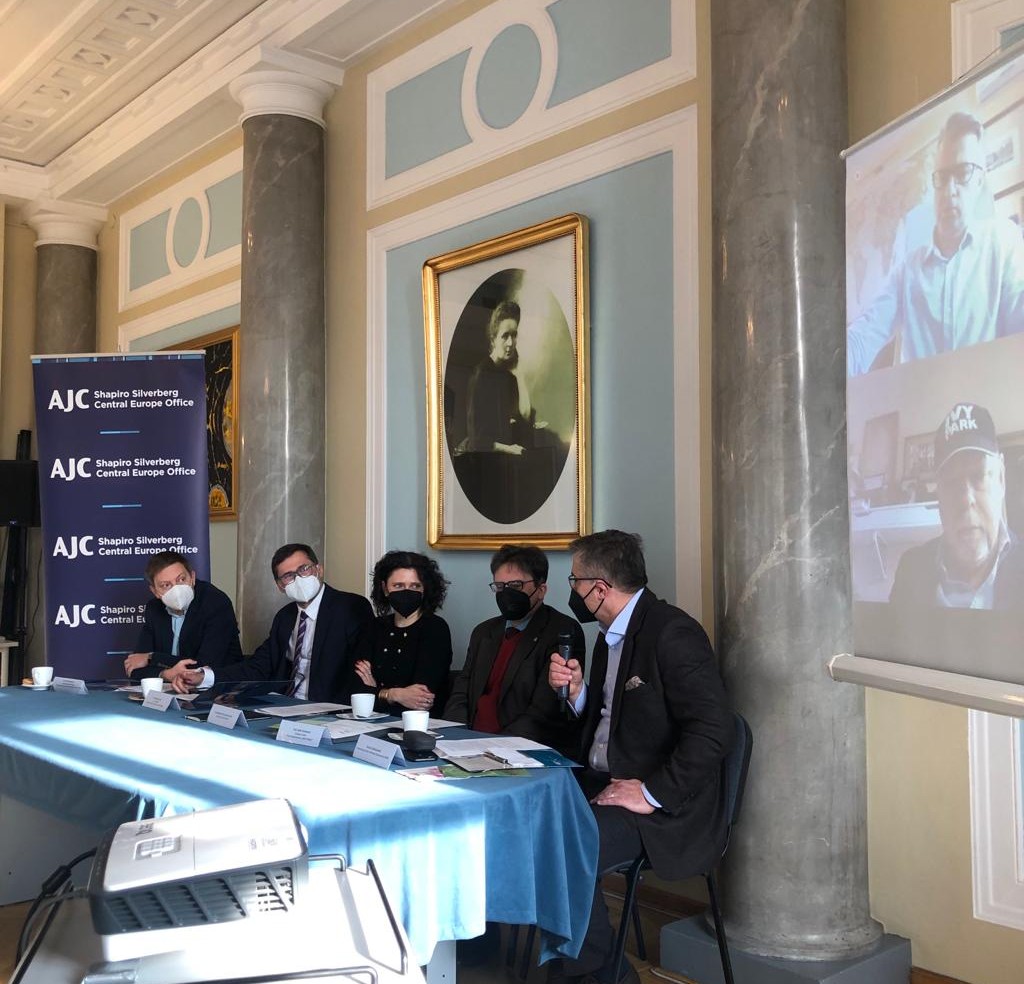 On January 10, 2022, an expert seminar and a press briefing were held in Warsaw, during which recommendations for Polish authorities and public institutions regarding the EU Strategy On Combating Antisemitism And Fostering Jewish Life were presented.

A number of international obligations were highlighted, in the context of which the authors of the recommendations formulated conclusions resulting from the EU Strategy. The need for Polish authorities and public institutions to take into account the Working Definition of Antisemitism adopted by the International Holocaust Remembrance Alliance and the implementation of the recommendations of the European Council and the United Nations was highlighted.

The recommendations call for regular trainings for the Police, prosecutors and lawyers, expanding the curriculum in Police academies to also include the subject of identifying and combating antisemitic behavior. Also stressed is the need for closer cooperation between law enforcement institutions and Jewish organisations and for state agencies to support the latter in the field of monitoring and protection systems.

The authors of the recommendations also draw attention to the need to include the subject of antisemitism in school curricula and to present a full spectrum of social attitudes during the Holocaust. They also appeal to Polish universities and to the Conference of Rectors of Academic Schools in Poland to adopt the Working Definition of Antisemitism.

An important recommendation is to call on the authorities to respond adequately and efficiently and eliminate antisemitic and racist content dissemination on online platforms and in the media, also when such content is shared by journalists or politicians. The authors of the recommendations draw attention to the fact that recently antisemitic conspiracy theories have often coexisted with anti-vaccine content and pandemic denial, which makes them particularly harmful for society.

One of the recommendations concerns the need to train sports instructors and coaches about antisemitic stereotypes, symbols and slogans that are still present at sports events – this is a task for the Ministry of Sport and Tourism. No less important is the appeal to the Polish Football Association to eliminate antisemitic behavior in fan circles, for instance by adding appropriate recommendations in the Polish Football Association licensing manuals for football clubs.

It is also pointed out that there is a need to amend Article 53 § 2 of the Penal Code toward recognizing racist motivation when committing a crime as an aggravating circumstance. Experts also suggested to establish the office of the Special Envoy for Combating Antisemitism and Fostering Jewish life.

During the presentation of the recommendations, the authors emphasized the fact of increasing and widespread acceptance of manifestations of antisemitism in the public sphere. They pointed to the marches and rallies organized by Wojciech O. (“Jaszczur”), e.g. in Kalisz in November 2021 or a few days ago in front of the Sejm (Parliament). During these demonstrations, slogans were shouted calling for physical violence against Jews and blaming Jews for the alleged conspiracy that would result in a global vaccination campaign against Covid-19. It has been repeatedly emphasized that governmental institutions, both central and local government, have the duty to ensure the protection of Jewish communities and organizations and to unequivocally condemn antisemitic statements and acts, regardless of who and under what circumstances commits them.

Authors of the recommendations: