After World War Two, as a result of Yalta agreements, Poland became a Soviet satellite state. When communism was crumbling and the shipyard electrician Lech Wałęsa launched the Solidarity Movement in 1980, AJC voiced its unequivocal support, restarting a decades-long relationship that has broadened and strengthened over the years.

AJC’s relations with Poland began long before the Solidarity Movement, even before the country formally regained independence in 1918. At that time, AJC leaders held several meetings and exchanged correspondence with Polish leaders, in particular with the famous pianist Ignace Paderewski who soon became Poland’s foreign minister and prime minister. Already then did AJC support the Poles’ aspirations for independence and express firm hope that a new Poland would accord equal civil, political, and religious rights to all its citizens regardless of their origin, race, or creed.

In 1917 and 1918, AJC leaders held several meetings and exchanged correspondence with Polish leaders, including future prime minister Ignace Paderewski. In his letter to President Woodrow Wilson of November 7, 1918, AJC president Louis Marshall wrote: “The American Jewish Committee has long sympathized with the aspirations of the Polish people for independence and the right of self-government. It heartily approves of the establishment of a State which shall … be re-possessed of those lands which composed Poland during the 1700s and which are essential to its industrial and economic rehabilitation.”

We are very proud of the unprecedented project though which AJC, in partnership with the Polish government, helped protect the site of the notorious German Nazi death camp Belzec where approximately 500,000 Jews were murdered in less than a year. A new Belzec Memorial and Museum was opened in 2004 in the presence of Polish President Aleksander Kwaśniewski. Watch the Belzec Memorial and Museum dedication ceremony.

With the growing importance of Central Europe, Poland, an EU and NATO member, became a regional leader. Warsaw was therefore chosen as the seat of AJC’s office that would serve the four Visegrad Group countries and three Baltic states. The Shapiro Silverberg AJC Central Europe Office officially opened on March 27, 2017. 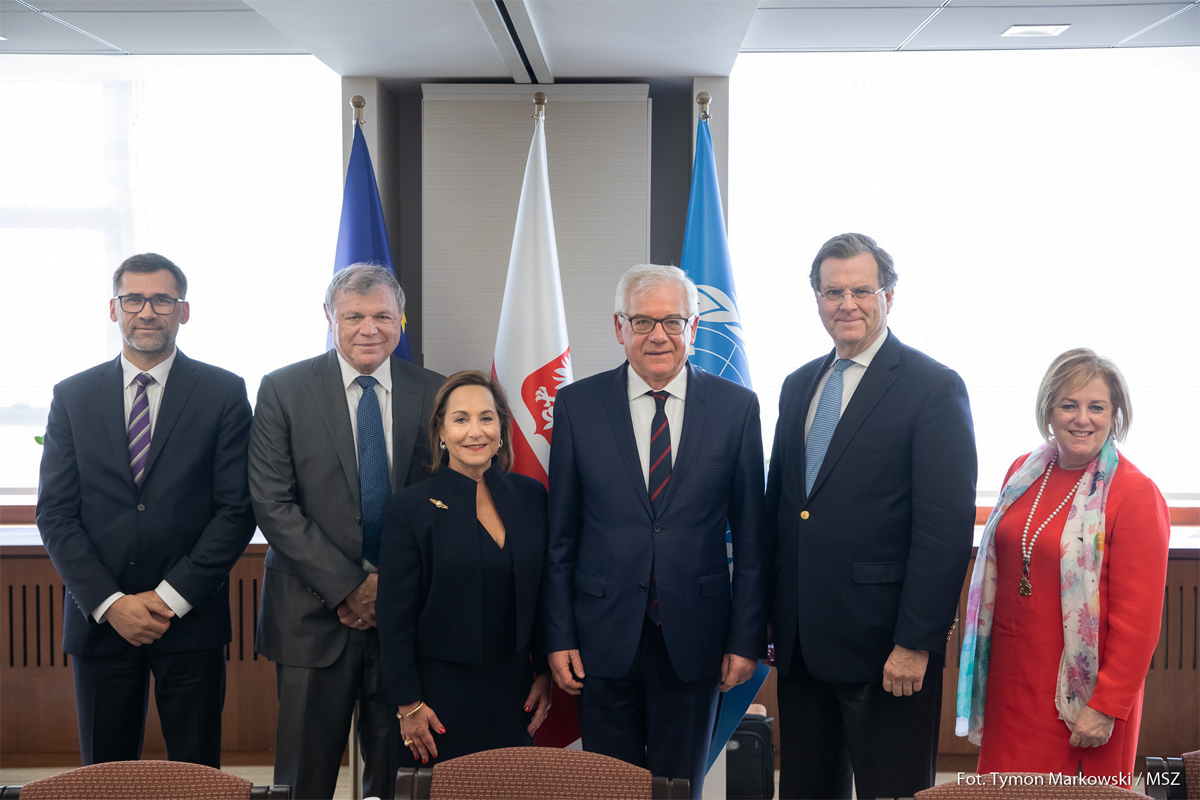 AJC Central Europe and our CEO David Harris were featured in the Warsaw Security Forum as well as an international religious freedom conference co-organized by the Polish Foreign Ministry and U.S. State Department. We regularly partner in projects run by the Israeli Embassy in Warsaw and closely cooperate with Jewish communities and NGOs in Poland. Our statements are often quoted by Polish media; our staff is featured on radio shows and our actions receive the attention of news programs.

What’s on our radar

Freedom to conduct historical research and combat antisemitism is important for us. That is why we were vocal when Poland adopted a controversial law that would have made certain statements about Poles and the Holocaust punishable with imprisonment. We also took a firm position when antisemitic tropes were used by Poland’s public television during the 2020 presidential campaign. We voiced our criticism of government appointees who had clear far-right ties and a track record of public antisemitic statements.

Work with the local Jewish community

AJC has signed a partnership agreement with the Union of Jewish Religious Communities in Poland. Over the years, we have become part of the local Jewish community’s fabric that includes kehillot in several major Polish cities, JCCs in Kraków and Warsaw, as well as other Jewish organizations active in the country.  We foster cooperation between the different parties by participating and co-organizing collaboration and events around key issues and anniversaries pertaining the local Jewish community. The coronavirus pandemic only further strengthened this cooperation when AJC Central Europe established an online platform entitled “What can we do together?” We also work with Jewish organizations in projects that involved other faith and ethnic communities.

Our involvement outside of the Jewish Community is no less important. Initiated in 1995, our annual exchange program with “Forum for Dialogue” brings delegations of emerging Polish leaders to the U.S. while a group of AJC lay leaders visits Poland for intensive discussions and visits to sites essential for Jewish history and culture. 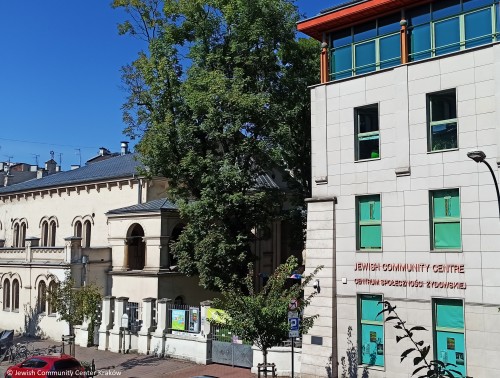 We are also actively involved in building ever stronger relations with other religious and ethnic communities. In January 2020, we organized a visit to Poland for Muslim World League (MWL) Secretary General Dr. Mohammad bin Abdulkarim Al-Issa and a delegation of 62 Muslim dignitaries from 28 countries. The MWL delegation joined a delegation of AJC lay leaders and AJC CEO Daivd Harris to the Auschwitz concentration camp. They also met for prayers in the Warsaw Tatar mosque and the Nożyk Synagogue. See a video from the visit here.

In February 2021, AJC Central Europe launched the “Community of Conscience – A Coalition of Mutual Respect.” The group brings together twelve prominent members of the Christian, Jewish, and Muslim faith, leaders of minority groups, and religious scholars. This unique initiative stemmed from the need these leaders felt to show solidarity with those who experience contempt, exclusion, or violence.

Members of the Community of Conscience.

“We want to remind ourselves and the whole Polish society about how important it is not to be indifferent when individuals or groups suffer harm because of their identity.”

Is there hope for Poland’s relationship with the Jewish community? – podcast featuring AJC CE Director

Recommendations on the EU Strategy On Combating Antisemitism to Polish Authorities

AJC joins experts in drafting recommendations for Polish authorities and public institutions regarding the EU Strategy On Combating Antisemitism.

AJC Central Europe partnered with Czulent and the Krakow Province Police in organizing a training for district police stations’ commanders.