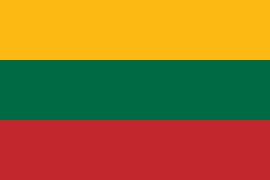 “We visited Lithuania to reaffirm our friendship with this important NATO ally, EU member state, and historic center of Jewish life,”

– explained AJC CEO David Harris during a 2016 visit that marked 25 years since AJC first called for U.S. recognition of Baltic independence. AJC has signed an association agreement with the Jewish Community of Lithuania and supports the community in combating antisemitism, encouraging society to engage with Holocaust remembrance and responsibility, and bringing the priorities of the Jewish community to decision makers. An AJC delegation meets with Lithuanian President Dalia Grybauskaitė in Vilnius in 2016.

AJC regularly meets with Lithuanian government officials and Jewish community leaders both in Lithuania and the U.S. Through the Warsaw-based Shapiro Silverberg Central Europe Office, AJC is in regular contact with Lithuanian officials and diplomats. This work was not interrupted even by the COVID-19 pandemic: In March 2021 our CEO David Harris and AJC Central Europe Acting Director Dr. Sebastian Rejak met virtually with Lithuania’s Foreign Minister, Gabrielius Landsbergis who thanked AJC for its consistent support of Lithuania’s independence and integration into the European Union and NATO. We are proud to continue the relationship AJC developed with Vilnius in the early 1990s when Minister Landsbergis’s grandfather Vytautas led the country as Chair of the Supreme Council of Lithuania.

The mission of the Lithuanian Jewish community – i.a. human rights advocacy, Holocaust education, preservation of the Litvak culture and heritage – has enjoyed the support of AJC since Lithuania regained independence. In 2016, AJC’s David Harris and Faina Kukliansky, Chair of the Jewish Community of Lithuania, jointly announced the association agreement between the two organizations

AJC Director of International Jewish Affairs, Rabbi Andrew Baker, was instrumental in establishing our network of relationships with Jewish communities, including in the Baltic states, and addressing their concerns, for which he has earned praise from the Litvak Jewish Community. The Lithuanian government has honored Rabbi Andrew Baker who has maintained frequent contact with the country’s top officials for three decades, focusing on matters of property restitution and historical memory.

AJC Central Europe is active in Lithuanian public life, organizing webinars and discussions with prominent experts and decision makers. We cooperate with Lithuania’s Civic Resilience Initiative and have had several pieces published in the leading daily Lietuvos Rytas and the English language media outlet Lithuania Tribune. 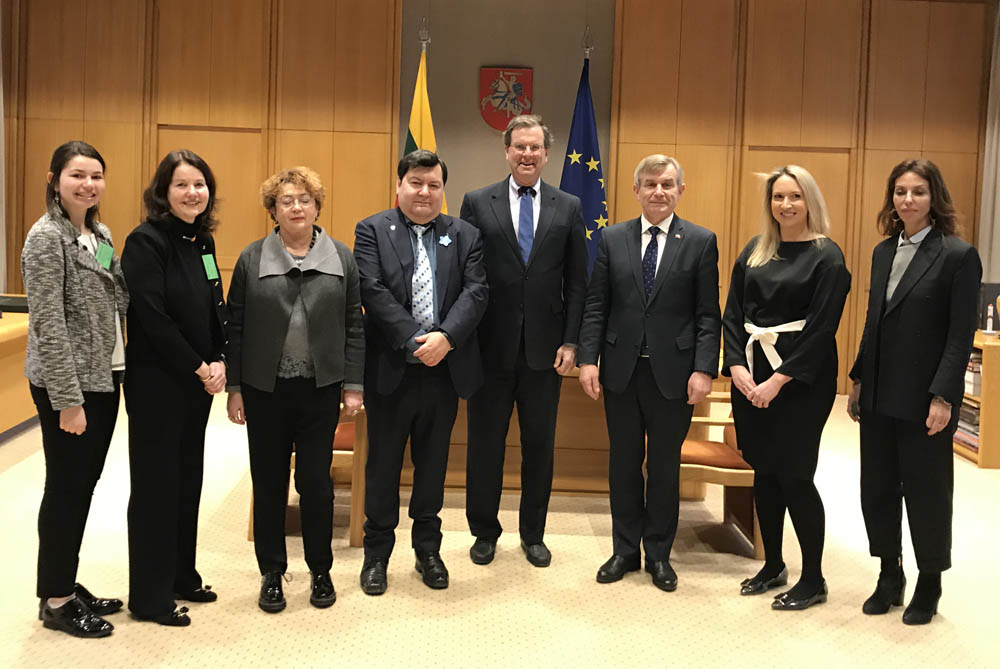 An AJC delegation together with President of the Jewish Community of Lithuania Faina Kukliansky
meeting Viktoras Pranckietis, Speaker of the Seimas

We believe it is part of our mission to support objective research on the Holocaust. That is why AJC was instrumental in the establishment of national historical commissions in each of the three Baltic States. Confronting the wartime past of our nations can be difficult. AJC is dedicated to supporting this often painful process in Lithuania; when there is worrisome Holocaust revisionism, we make our voice heard. AJC welcomed the decision of the Lithuanian parliament to declare 2020 as the year of the Vilna Gaon and Lithuanian Jewish History. AJC also praised the Lithuanian government for responding to a call by the International Holocaust Remembrance Alliance to adopt its Working Definition of Antisemitism in 2018, setting an example for the whole region.

Lithuania also demonstrated praiseworthy leadership when its government decided to designate Hezbollah as a terrorist organization in its entirety, the first to do so in Central Europe. By putting a 10-year ban on Hezbollah members from entering the country, Lithuania followed the United States, the United Kingdom, the Netherlands, Germany, the Arab League, and many others in recognizing the dangers and risks the Iranian-backed terrorist organization poses to the world.

Lithuania honored AJC CEO David Harris with The Cross of the Knight of the Order for Merits to Lithuania.

Lithuania’s FM thanks AJC for its support of Lithuania

The Foreign Minister thanked AJC for its consistent activities in supporting Lithuania’s independence, as well as integration into the European Union and NATO.