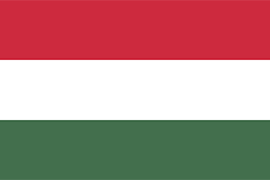 In 1997, AJC advocated for Hungary’s admission to NATO, along with Poland and Czechia, in the belief that “an enlarged NATO will mean greater security and stability and also hasten the political and economic integration of Europe.”  Opening the AJC Shapiro Silverberg Central Europe Office in March 2017 presented AJC with the opportunity to strengthen our ties with Hungary and its Jewish community. One month after opening, AJC and the Federation of Jewish Communities in Hungary (Magyarországi Zsidó Hitközségek Szövetsége, or MAZSIHISZ) signed a formal partnership agreement at the historic Dohány Street Synagogue. An AJC delegation outside the Dohány Street Synagogue in Budapest, after the signing of a formal partnership agreement between AJC and the Federation of Jewish Communities in Hungary.

AJC Central Europe has been actively engaging government officials, members of parliament, and Hungarian opinion leaders. Through meetings with the Secretary of State and an active working relationship with officials, we have established strong connections with the Ministry of Foreign Affairs. The Hungarian government is remarkably understanding on Israel’s right to be judged by the same standards as any other democratic nation. AJC Central Europe applauds this strong and unmistakeable support of Israel in international fora like the European Union, the International Court of Justice, or the United Nations. Hungary has grown to be one Israel’s strongest allies in Europe; AJC has been a key player in this process through our advocacy work with members of parliament, chairs of relevant parliamentary committees, and groups like the Hungarian-Israeli Friendship Group in parliament. Our office has also developed a fruitful partnership with the Office of the Prime Minister. We were honored to have Deputy State Secretary Vince Szalay-Bobrovniczky as a special guest during our 2021 special Virtual Diplomatic Seder event.

Our work in Hungary includes advocating for crucial issues like combating antisemitism and extremism as well as promoting freedom of speech and religion. To strengthen our presence in Budapest, in 2020 AJC named Barnabas Turai as the representative of AJC Central Europe in Hungary. Our office continuously raises these issues both privately and publicly. We often publish statements or express our concern when we see troubling developments and write op-eds on policy issues related to our advocacy. In January 2021, Dr. Sebastian Rejak and Barnabas Turai co-penned an op-ed in a prominent Hungarian daily paper, discussing the need for Hungary to take steps against Hezbollah. Our staff is often requested to comment on such matters in Hungarian and international media.

Working with the Jewish Community

Hungary has the largest Jewish community in Central Europe. AJC Central Europe works closely with our partner organization, the Federation of Jewish Communities in Hungary (MAZSIHISZ), the largest umbrella organization in the country. MAZSIHISZ was a partner in organizing our annual Diplomatic Seder in 2021. We also have fruitful cooperation with other Jewish organizations like the Israeli Cultural Institute, or the JCC Budapest (Bálint Ház). AJC Central Europe organized a series of programming together with JCC Budapest in 2020 on the 100th anniversary of  Hungarian-born Theodor Herzl. Our purpose is to connect with all diaspora communities, understanding the nuanced and diverse ways of Jewish life in Hungary.

Government Should Stand Up Against Antisemitism in Public Life

An interview with Andras Heisler, President of the Federation of Hungarian Jewish Communities (MAZSIHISZ).

AJC Liaison to the Holy See, Lisa Billing on Pope Francis’ visit to Hungary and Slovakia.

“Hungary is One of Israel’s Strongest Friends in Europe Today”