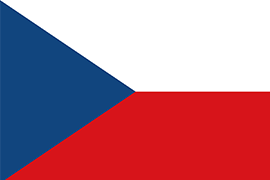 American Jewish Committee and the Czech people have long cooperated in spearheading human rights and security, dating back to the Czechoslovakian human rights movement in the 1970s.

Today, the Czech Republic is viewed as a close friend and ally of Israel and a welcoming home for Jews. This bond goes back to pre-war Czechoslovakia and its president Tomas Garrigue Masaryk, the first ever head of state to visit Jewish settlements in then Palestine, whose legacy was warmly adopted by Václav Havel, elected president after the Velvet Revolution. AJC was the first Jewish organization to advocate for the admission of democratic Czechia, Hungary, and Poland into NATO.

“Let me acknowledge those who have substantially contributed to the creation of an order of security and peace in Europe, such as the American Jewish Committee.”

– Czech president Václav Havel, in 1998, praising AJC’s role in maintaining peace and security in Europe during a visit to the White House

AJC actively assisted the Czech Jewish community, decimated after the Shoah and disrupted after communism, in rebuilding its infrastructure from scratch. To mark the 100th anniversary of Czechoslovakia’s independence, AJC published an essay in English and Czech entitled “A Jewish Ode to the Czech Republic: An Essay in Honor of the Czech Centenary.”

Today, AJC maintains a formal partnership agreement with the Federation of Jewish Communities in Czechia. The Federation was the first in Europe to sign an association agreement with AJC. To further strengthen its presence, AJC appointed Tomáš Kraus in 2018 as our representative in Prague. As Executive Director of the Federation, Kraus brings AJC Central Europe to the core of the community’s issues, ensuring close cooperation. We continually work together to strengthen transatlantic cooperation, protect democracy, and prioritize the community’s needs.

Working with the Czech government Our office works closely with the Czech government to advance AJC advocacy priorities like fighting international terrorism, standing up for Israel, and preserving Jewish heritage. In 2019, as a result of direct AJC efforts, the Czech Chamber of Deputies adopted a resolution condemning all acts of antisemitism against individuals and Israel, rejecting any questioning of Israel’s right to exist and defend itself. The resolution also condemns the BDS movement, however marginal in Czechia, calling on international institutions to freeze financial support for movements boycotting Israel.

First amongst the Visegrad nations, Czechia recognized and bravely voiced its concerns regarding the dangers posed by the Iranian-backed terror organization Hezbollah. In 2014, an individual running an arms-smuggling operation on behalf of Hezbollah was detained in Czechia. In 2020, the Czech parliament called upon its own government to designate Hezbollah a terrorist organization in its entirety. The resolution submitted by Chairwoman of the House Committee on Defence Jana Černochová cited AJC’s Transatlantic Declaration, calling on an EU-wide ban of Hezbollah and called on the European Union to follow suit. In the diplomatic sphere, Czechia has strongly supported Israel in international organizations, including at the United Nations.

AJC Rerpresentative in Czechia: My friendship with Madeleine

A piece in memory to Madeleine Albright, by AJC CE Representative in Czechia, Tomáš Kraus.

Why is the EU still divided on Russia?

The Wannsee Conference was remembered in Czechia, on its 80th anniversary. Tomas Kraus, AJC Representative in Czechia, delivered a speech.