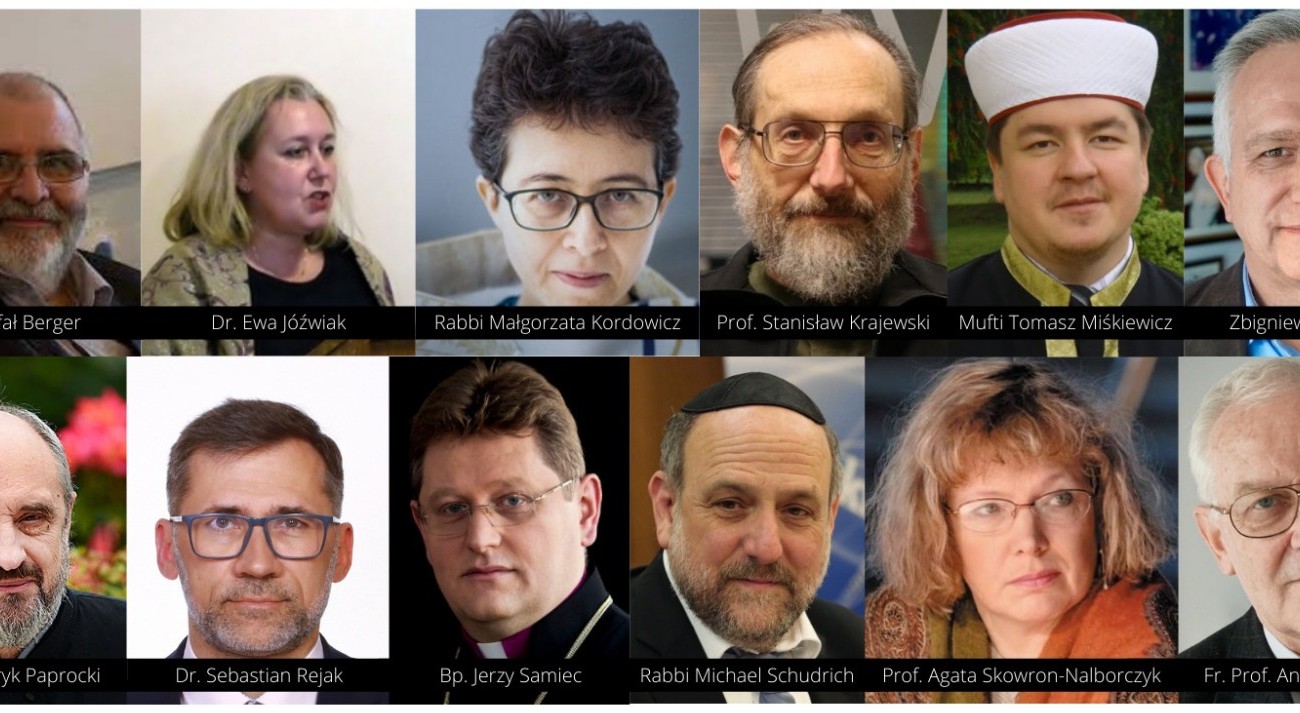 Twelve prominent Polish community leaders formed an interfaith group with the aim to fight exclusion and discrimination against people belonging to religious, ethnic, and cultural minorities.

During its virtual launch event on February 22, 2021, the Community referred to modern-day mass murders like in Cambodia, East Timor, Yugoslavia, Darfur, and in recent years the ethnic cleansing of the Rohingya people, the death of hundreds of thousands in Syria, the mass executions of Yazidis in Iraq, victims of war in Yemen, and crimes against humanity on the Uyghur minority in China. Remembering these human catastrophes, the Community of Conscience underscored that mass atrocities always originate in hatred and pledged to stand up against contempt, aggression, and physical violence against individuals and groups based on their identity.

“In times of crisis of authority figures, a strong voice of opposition to humans hating other humans is needed – the voice of people of conscience speaking together in the name of mutual respect, despite the differences between them”

– the group stated during the launch event.

The group includes a wide-range of representatives of the three main Abrahamic religions, leaders of minority communities’ organizations, and professors of religion. The Common Council of Catholics and Muslims, is represented by Imam Rafał Berger, its Muslim Co-Chair, and Prof. Agata Skowron-Nalborczyk, its Catholic Co-Chair. The Polish Council of Christians and Jews is represented by its Jewish Co-Chair Prof. Stanisław Krajewski and Christian Co-Chair Zbigniew Nosowski. Members of the group include Dr. Ewa Jóźwiak, President of the Synod of the Evangelical Reformed Church in Poland and Bp. Jerzy Samiec, Presiding Bishop of the Evangelical Church of the Augsburg Confession in Poland. Tomasz Miśkiewicz, the Muslim Mufti in the Republic of Poland, Michael Schudrich, Chief Rabbi of the Republic of Poland and Rabbi Małgorzata Kordowicz, Jewish Community of Warsaw are also members as religious leaders. The civil society and academia are represented by AJC Central Europe Acting Director Dr. Sebastian Rejak, Rev. Professor Henryk Paprocki, the Orthodox Christian Theology Faculty of the University of Białystok and Rev. Professor Andrzej Szostek, President of the Catholic University of Lublin (1998-2004).

Coming from different religious, ethnic, and cultural backgrounds, in their Mission Statement, members of the Community express the need for unity out of concern for fundamental human and civil rights. “Our cooperation is based on mutual respect for the identity of the religious, ethnic and cultural communities to which we belong, and on respect for the dignity of every human being, regardless of their ancestry, religion or beliefs.” – the statement declares. It also emphasizes the importance of conscience in a democracy: “People of conscience – able to choose good and distinguish it from evil – are the most important social capital.”

During its inauguration, the Community of Conscience has published its first statement signed by all members. Addressing the Covid-19 pandemic, members agree that following the recommendations of physicians and institutions established to combat biological threats is a moral imperative, and share their deepest conviction that – facing the deadly pandemic – vaccination is the most rational act of responsibility vis-à-vis oneself and one’s neighbour.

Community of Conscience: Statement on Helping Refugees on the Polish-Belarusian Border

Community of Conscience: Statement on the Covid Pandemic