Poland and Jews: Coauthors of History? 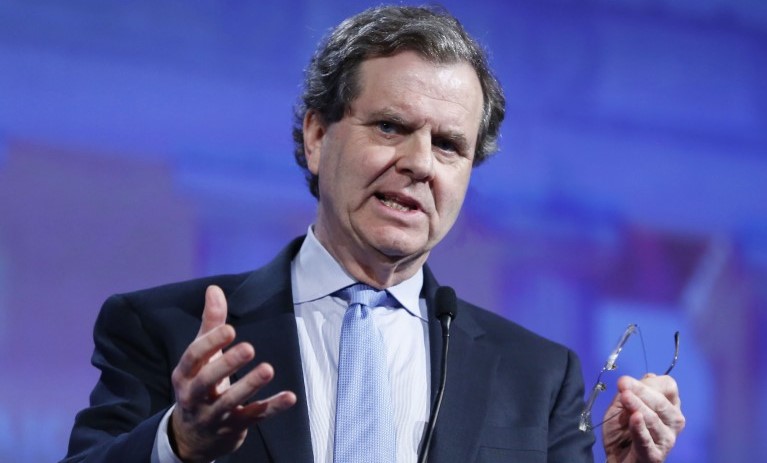 When I read about the appointment of a new Polish Deputy Minister of Education, Tomášz Rzymkowski, who asserts that Jews have too much power, I shuddered.

And when I read the results of the CBOS survey, conducted by scholars at Krakow’s famed Jagellonian University and funded by the Polish National Science Center, that one in five Polish respondents believes it is a good thing that World War II led to fewer Jews in Poland, even as a majority disagreed, I shuddered again.

Indeed, I wonder at such times if one of my lifetime dreams — to help heal the wounds in Polish-Jewish relations and write a bright, consistent new chapter in those ties — will ever be realized.

Some on both sides of the relationship question the goal. There remain deep pockets of hostility in each community. They were on display three years ago when Poland regrettably adopted the IPN law. Indeed, it was hard for those committed to the relationship to be heard above the verbal fireworks.

So, with all the minefields, all the periodic eruptions, all the choruses of skeptics, and, yes, all the battlefield scars, why do I persist, for four decades now, through my work at American Jewish Committee?

The answer is simple and straightforward.

I am not naive about the complex history of Polish-Jewish relations, or the accusations emanating from both sides. Yet I believe, as the son of parents who suffered at the hands of both Berlin and Moscow, that what we share in common far exceeds what divides us. And those commonalities are profoundly important in our contemporary world.

We both understand that predatory nations exist, the security of smaller states is always potentially at risk, and naïveté and appeasement are not strategies for survival.

Second, our histories are intertwined.

One cannot speak about Jewish history without speaking about Poland. Some estimates suggest that as many as 80 percent of American Jews trace their roots, in whole or in part, back to Poland. And the number of Israelis with a Polish connection, beginning with none other than David Ben-Gurion, a native of Plonsk, is considerable.

Likewise, one cannot speak about Polish history without speaking about Jews over the span of some 1,000 years. On the eve of World War II, fully ten percent of Poland’s population was Jewish, as well as more than one-third of Warsaw’s. Jews were engaged in virtually every aspect of Polish life.

Third, as the survivors, liberators, underground fighters, and eyewitnesses disappear from our midst, who will protect the memory of the war?

Who will challenge the revisionists? Who will teach younger generations about what happened in those fateful years and its enduring lessons?

These are not simply academic questions. Russia has unleashed a campaign to essentially extinguish the 1939 Molotov-Ribbentrop Agreement from the history books, and instead to blame Poland — the first target of the German army on September 1, 1939, followed by the Soviet army on September 17, 1939 — for the war’s outbreak.

And too many in the media, wittingly or unwittingly, continue to refer libelously to “Polish death camps” rather than “German death camps.”

Meanwhile, the Holocaust, in which three million Polish Jews (and three million other Jews) perished at the hands of Nazi Germany and its collaborators, is a permanent target of denial, rationalization, trivialization, distortion, and instrumentalization.

Fourth, our histories both lead us to create a special place for the United States.

America is the home of millions-strong Polish and Jewish communities that have benefited from the blessed freedom and opportunity they have been afforded.

In addition, we both understand that the safety of democratic societies — and the security of reliable allies like Poland and Israel — are enhanced immeasurably by a strong, outward-looking America.

Finally, Poles and Jews both know what abandonment looks like.

For Poland, Yalta embodies the sacrifice of a country’s sovereignty on the altar of big-power machinations. The result, of course, was that Poland went from German to Soviet occupation, resulting in a total of 50 years of foreign domination, until the dramatic events of 1989, when Poland heroically led the efforts, begun by a Polish pope and by Solidarity and KOR, to break away from the Soviet bloc and communist tyranny.

For Jews, the Holocaust embodies the catastrophic loneliness and vulnerability for those trapped in Nazi-occupied Europe, despite the heroic efforts of a few, including, in the case of Poland, several thousand Righteous Among the Nations, such as the legendary Jan Karski, Witold Pilecki, and Irena Sendler.

In other words, whatever the differences might be today, or might have been in the past, it’s time to focus on what unites us and marginalize the shrill voices that would continue ad infinitum to divide us.

And, thankfully, we are not starting from scratch, as much has been achieved in the past three decades, including, notably, the rebirth of a small but vibrant Jewish community on Polish soil, and the opening of the Warsaw-based AJC Central Europe office in 2017.

Poland and Israel should be the most natural of allies in today’s world. So should Poland and the Jewish people.

Together, let’s speak out against historical revisionism, appeasement, wooly-eyed thinking, antisemitism, anti-Catholicism, and the rebirth of illusions about either Nazism or socialism.

It’s high time, in other words, to move forward as co-authors of history. We have no more time to lose.