Words And Rockets Aimed At Israel 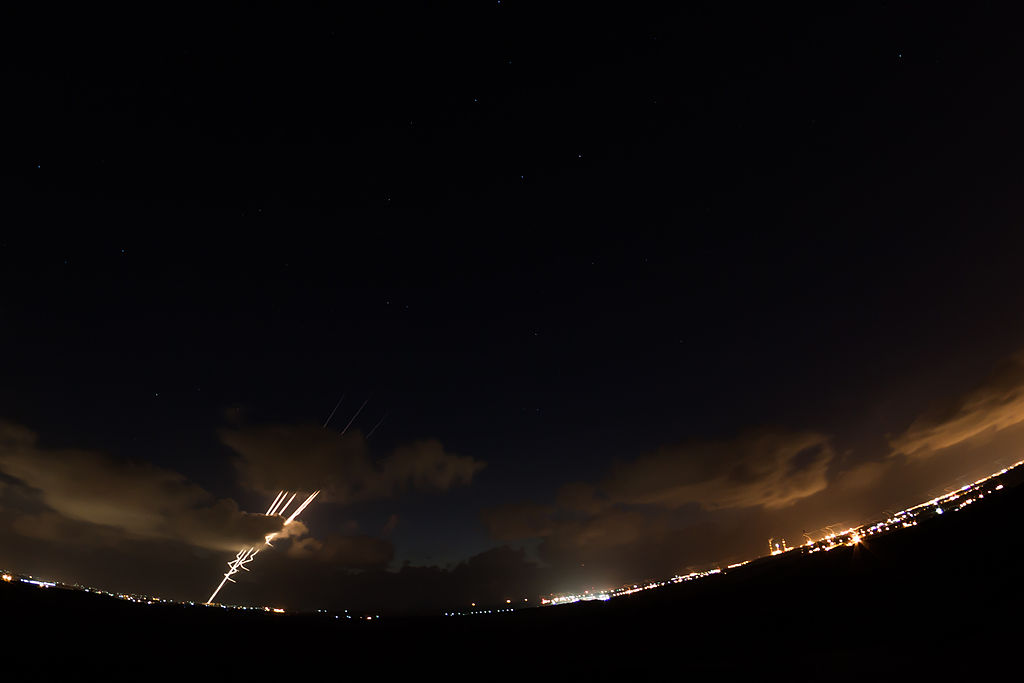 As the whole world watched another clash between Palestinian terrorist organizations and Israel for eleven days in mid-May, everyone had a verdict ready. It was enough to reach for one’s own, correct opinion on the Israeli-Palestinian conflict – a reusable opinion, probably formed a decade or two ago. Mostly based on emotions. And today our emotions are fed primarily by images – most media coverage is dominated by pictures from the Gaza Strip: photographs of victims and destroyed buildings. And everything is clear. Or so it seems.

It is understandable that we sympathize with those we perceive as weak. The accumulated Polish experiences of wars, persecution and occupation makes us almost automatically express our solidarity with the Palestinians. For decades they have been unsuccessfully struggling to have their own state and in any armed clash with Israel there are more victims on the Palestinian side. We are right to feel sorry for the Palestinians who have suffered from the firefight and who lost loved ones. Victims on both sides of the conflict deserve our compassion. But the question of responsibility for the bloodshed and the question of the causes of the conflict are quite a different story.

Most of the media reports – allegedly trying to establish these causes – have are stuck with two issues. The eviction of fourteen Palestinian families from the Sheikh Jarrah district of East Jerusalem and the riots and police intervention on the Temple Mount. First of all: the eviction has not been carried out actually – it is the subject of a legal dispute that has been brought to the Israeli Supreme Court. Yes, Israeli Arabs may appeal to the Supreme Court of the State of Israel in a dispute with other institutions of that state. Second, riots on the Temple Mount happen from time to time. If the Jordanian Waqf, that oversees the place, is unable to cope with the situation, then the Israeli police intervene. And it never results in rocket fire from the Gaza Strip. There is no logic for an equation in which on one side there is the possible eviction of several families and riots in the Old Town of Jerusalem, and on the other – more than four thousand rockets and mortars targeting places inhabited by Israeli civilians. For comparison: throughout all of 2020 about two hundred rockets were launched from Gaza towards Israel.

The right to defense is not a beautiful theory

Admittedly, most commentators of events in the Middle East agree that Israel, like any state, has the right to defend its territory and its citizens. (Let us add that from the point of view of the Israeli authorities, it is not so much a right as an obligation). But how do they see the “possibility” of using this right? Well, to them Israel  – at most – intercept Hamas missiles using the Iron Dome system. Except that any defense action involves confronting the source of the threat. Therefore, the Israeli army (IDF) has always directed and will direct its defensive strike at the sites from which the rockets are fired. And the targets are always objects used by armed terrorist groups – as a reminder, the European Union considers Hamas to be such an organization.

Israel uses an absolutely unique mechanism for alerting civilians. It was precisely described in a recent press briefing [SR: we did that for Central European journalists] by retired Israeli general Nitzan Nuriel. About 30-60 minutes before a planned air or artillery attack on a target, Palestinians living nearby receive text messages or phone calls from Israeli officers and are informed in Arabic about the need to evacuate. In the case of larger buildings, several minutes before the actual rocket is fired, a small explosive is dropped on the roof of the object, the explosion of which is the last warning (this is the so-called knocking on the roof). Any order for a target to be destroyed requires the approval of a military lawyer specializing in international law. The decision is made on the basis of intelligence data, often also satellite photos. In the event of insufficient clarity, the officer may require more precise information to be provided, and the approval process may take up to several days or weeks. In which other army in the world has a similar mechanism of protecting civilians on the enemy side been implemented? For a more complete picture, bear in mind that some of the victims on the Palestinian side are victims of Hamas – yes, because about 30 percent of the rockets destined for Israelis fall into Gaza, one of the most densely populated areas in the world. Of course, Hamas has neither the time nor the intention to inform the inhabitants of the Gaza Strip it controls about this.

Let’s go back to the photos that feed our emotions. In recent weeks, we have seen hundreds of photographs depicting destruction, tears and death on the Palestinian side – casualties among the civilian population. We always view it as a human tragedy over which we grieve. But there are also other photos and videos. There is a dramatic conversation in which an Israeli soldier talks to a Palestinian asking him to vacate the building soon to be bombed. The resident of Gaza refuses. He is at home with a child, but he refuses. He prefers to die. Perhaps he really thinks so; perhaps he fears retaliation from Hamas. Another example: a video that already has thousands of views on Twitter – a Hamas leader lifts up a 4-5-year-old boy dressed as a shahid and holding a machine gun in his hand. And one more telling fact. As a result of the actions of the Israeli army, during these 11 days, about 80 kilometers of underground tunnels used by Hamas to attack Israeli soldiers in the event of land operations, to hide during air raids and to smuggle weapons and luxury goods have been destroyed. The cost of building these tunnels amounts to tens of millions of dollars. These millions may have been spent on hospitals or schools, but that is not a priority for Hamas. For Hamas, the destruction of Israel is a priority and overriding value. This is how the organization’s programmatic documents put things. The goal is not to negotiate peace with Israel, but to destroy it. Needless to say, this is a desperately naive goal. The Jewish leadership did not welcome the 1947 UN resolution that allowed for the establishment of two states, one of which was to be Jewish, only to capitulate now before terrorists. Had the Arab side accepted that [1947] proposal, today the Palestinians would live in their own country – and territorially larger than the one they dream of today. Unfortunately, neither Hamas in the Gaza Strip nor Fatah in the West Bank seem to understand that the inability to reach an agreement means that the subject of negotiations in five or ten years will not be even what they might have today.

Education is the root of the problem. Before a young man decides to become a member of a terrorist organization and then targets the civilian population of Israel, using his Palestinian neighbors as human shields, he receives an injection of radicalism and hatred at school. We have a lot of evidence for that.

The 2018 Palestinian textbook review, and this year’s report in particular, leave no illusions. Interestingly, the latter, commissioned by the European Commission, has still not seen the light of day. However, the German Bild has had access to it. The analysis of 156 Palestinian school textbooks published in 2017-2020 was prepared by the Georg Eckert Institute, specializing in research on educational materials.

The report demonstrates that Palestinian youth are fed a dangerous mixture: Israel is most often called the occupant (not only in relation to the West Bank, but also to the generally recognized territory of the State of Israel); terrorists are called martyrs; Zionism is simply European colonialism (it is compared to the French colonization of Algeria or the Italian colonization of Libya); Jews are demonized, perceived as a homogeneous group and accused of all the evils that have befallen Muslims since the time of Muhammad.

Who do Palestinian textbooks worship, and whom do they show as role models? For example, Dalal Mughrabi, who, along with several other Fatah terrorists, carried out an attack that killed 38 Israeli civilians, including thirteen children. It is therefore shocking that the European Commission has not yet decided to make the report public.

In 2018 and 2019, the European Parliament’s budget reports condemned the Palestinian Authority’s reluctance to amend textbooks. Parliament also called on the European Commission to take steps to make Ramallah modify the content of the textbooks so that, instead of antisemitism they teach respect and tolerance.

So why is the Commission not doing this? Why is European taxpayers’ money being used to indoctrinate Palestinians with jihadist ideology and feed them with hatred? It is also the money of Polish taxpayers. The Polish authorities should take a clear position on this matter – there is no consent to finance an education system that that educates children in the spirit of admiration for terrorism.